The long stage of germination (bioactivation) of rye grain, taking from 48 to 72 hours, is a technological barrier to the malting process, an important stage in the production of functional bakery products. The urgent problem is to find a way to reduce this stage by stimulating the processes of grain germination. The aim of the work was to study the dynamics of bioactivation of rye grain under the separate and combined influence of chemical (hydrogen peroxide, Fe2+) and biogenic (thyme phytoextract) stimulators of free-radical oxygen exchange. It was found that under the influence of 0.1% concentration of thyme extract during soaking of rye grain, the germination energy increased 1,6 times after 12-hour exposure. Under the influence of the chemical pro-oxidant (hydrogen peroxide+Fe2+) the process of bioactivation of rye grain accelerated with the increase of germination energy with a multiple from 3,3 (0,0001 M) to 5,1 times (0,0008 M) after 12-hour exposure with the highest effectiveness of concentrations 0,0004 and 0,0008 M. Under the combined effect of thyme extract and 0.0004 M hydrogen peroxide (+Fe2+) solutions, the greatest multiplicity of germination energy increase was observed throughout the 32-hour exposure. An increase of 5.4-fold above the control was observed after the 12-hour exposure. The use of a combination of biogenic and chemical regulators can reduce at least two times the longest phase of rye grain maltation. 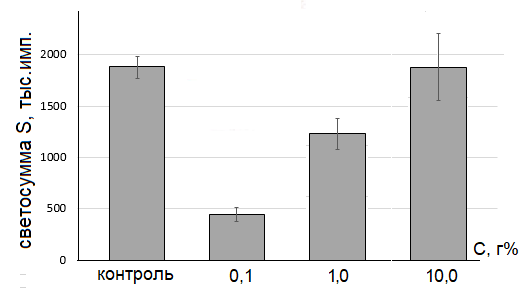 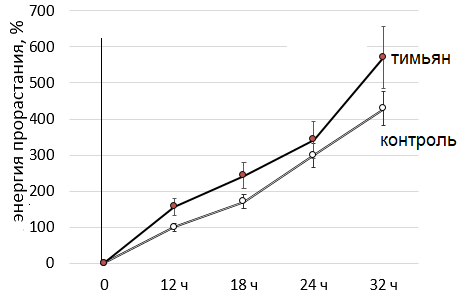 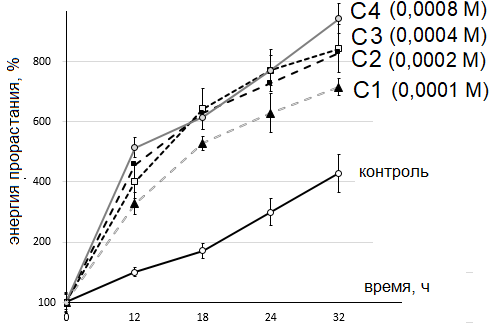 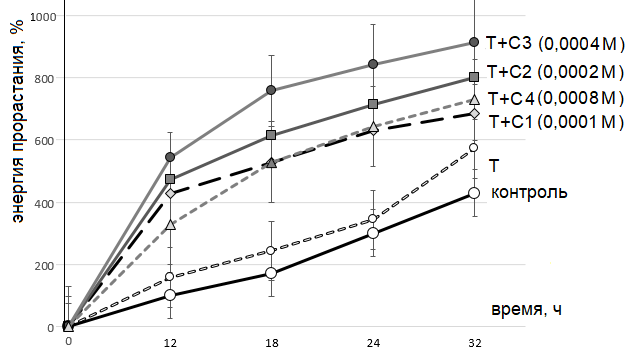