The work presents the results of establishing the chemical composition of olivine phenocrysts from andesibasalts of the postcaldera volcano Klumba (Kuril Islands). The content of the main and impurity components in olivine was measured on an X-ray microanalyzer using the VDS method. Two types of olivine phenocrysts were detected. Type I olivine is represented by idiomorphic crystals with distinct forward and reverse chemical zoning, but with no signs of reaction interaction with the melt. The composition of the phenocrysts of olivine I varies from nuclear to marginal zones within Fo85-72. Contents (in wt %) NiO - 0.16-0.03, Cr2O3 from 0.04 wt % to almost threshold values, MnO - 0.2-0.5 and CaO - 0.14-0.17. Type II olivine shows signs of reaction interaction with the melt: the periphery of the phenocrysts is composed of orthopyroxene, which is separated from the olivine by a symplektitic orthopyroxene magnetite rim. The composition of the olivine II varies within Fo72-66, with only one or two forsterite units between the nuclear and marginal parts. The contents (in wt %) of Cr2O3 < 0.003, NiO 0.02-0.05, MnO 0.4-0.63, and CaO 0.12-0.16. The compositions of type I and type II olivines form a unified trend due to the evolution of a chemically unified initial magma. The supply system of Klumba volcano consisted of different chambers that varied in the degree of differentiation of the magmas that filled them. The differences in the compositions and olivine zoning indicate the pulse character of the entire Klumba volcano feeder magma system. 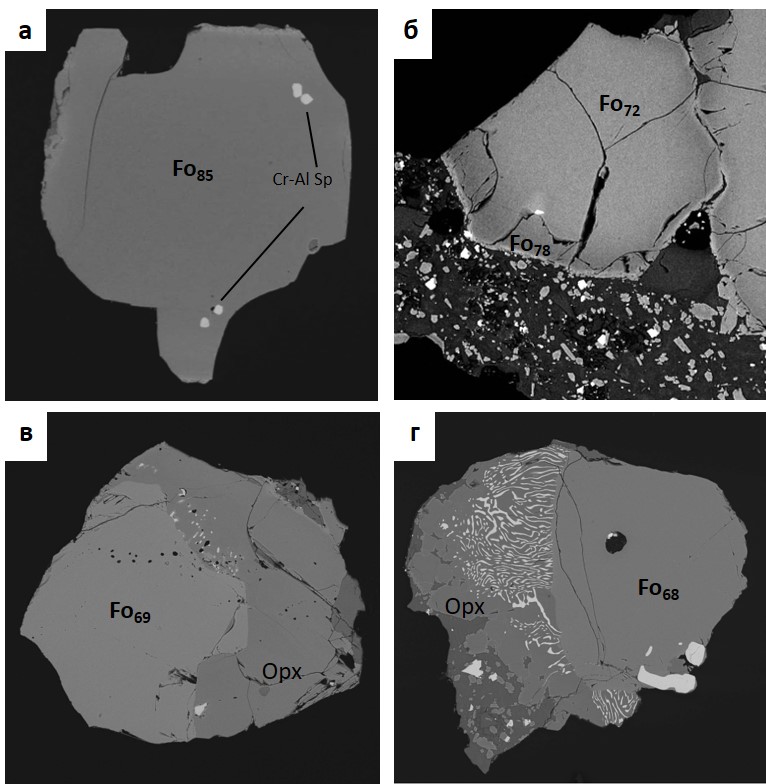 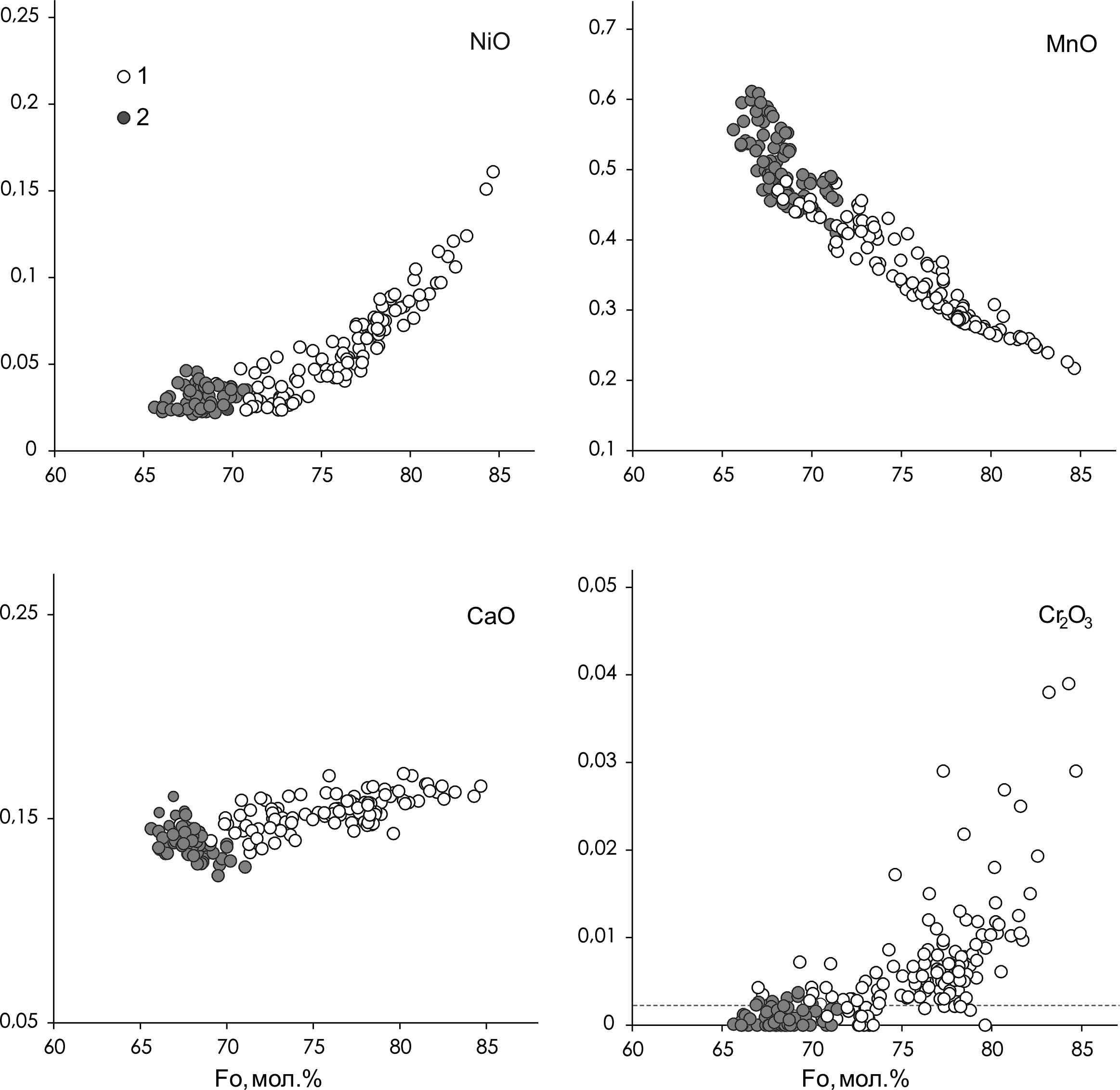